Blip on the Radar

I went home over Memorial Day weekend. It was so awesome to see friends and spend time with family! On Tuesday night, we went to a worship service called The Well of Nashville, and a thought crossed my mind.

You are not a blip on the Father's radar.

Which at first, didn't make sense to me. A blip on a radar is used to find something. 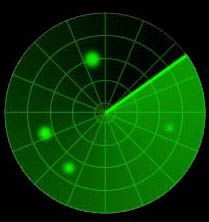 Then, I felt led to flip the sentence around. You are more than a blip on the Father's radar. Let me unpack this a little bit. Blips on a radar, like previously mentioned, are usually used to find something.

A blip on a radar is the first sign that says, "Hey! Something is here!"

You are more than a "something here."

You are not something the Father stumbles upon.

He is passionately seeking after you, calling out for the desires of your heart.

You are loved beyond imagine.

Cared for beyond what your mind can comprehend.

You are more than a blip on the Father's radar. You are the one He is passionately seeking out!

I love the way Jesus speaks in Matthew 18:12-13. If a man has a hundred sheep, and one of them goes astray, does he not leave the ninety-nine and go to the mountains to seek the one that is straying? And if he should find it, assuredly, I say to you, he rejoices more over that sheep than over the ninety-nine that did not go astray.

Jesus is willing to go after you in the middle of your mess. You are more than a blip on the Father's radar. You are the object of His desire.

You are important to Him.

He has dreams and plans for you.

He is willingly seeking you out.

Won't you come, and invite others to do the same?