Growth in the Unlikely

I've recently decided to learn how to run. I'm using an app called Couch to 5K, which alternates between running and walking, until you can eventually run a full 5K.

I've never been a runner.

I've never been much of an athlete.

My goal is to run an entire 5K without walking.

As I embarked on my first run/walk with this app, I was proud of myself. It felt good to have my legs pumping and body moving. I was even stopped by a kind woman that encouraged me to keep up the good work, and suggested a 5K for me to run in the fall.

On the way back, I saw a small circle of grass growing through the concrete path that I was on. I had seen it before, but this time, I stopped to really look at it. It was strange to me, to see grass daring to grow in a place that was otherwise dead. Nothing growing around it. In that moment, I felt like Jesus was saying, "There is growth in unlikely places."

In moments of exhaustion and fear, there is growth.

In the uncertainty, there is growth.

There is a comfort in knowing that even in the dry, obscure, it-doesn't-make-sense places, there is growth.

So be encouraged, friends.

There is growth in unlikely places.

There is growth in the uncomfortable places.

My prayer is that as we journey, our eyes are opened to see the growth in unlikely places. 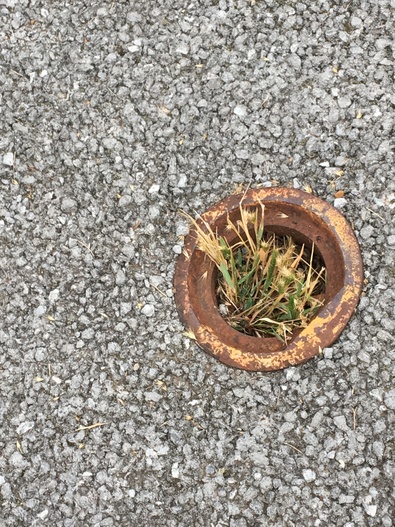