What is Wrong With Me?

I've been a part of the church since the moment I was born. I grew up in the church: from Sunday school to choir on Wednesday nights to play handbells to youth group later on, I was there. If the church doors were open, I was probably there.

As I've grown up in the church, I've had the privilege of seeing the body of Christ come together, but I've also seen the pain that can occur when we place religion over relationship. When we ignore the Holy Spirit in favor of man-constructed programs.

I've mentioned this before, but the church is often focused on sin. On how messed up we are: focusing more on our own issues than the fact that Jesus said, "It is finished" when He died on the cross for us.

Jesus died for us on the cross, providing the ultimate sacrifice; because of this, God looks at us through Jesus. 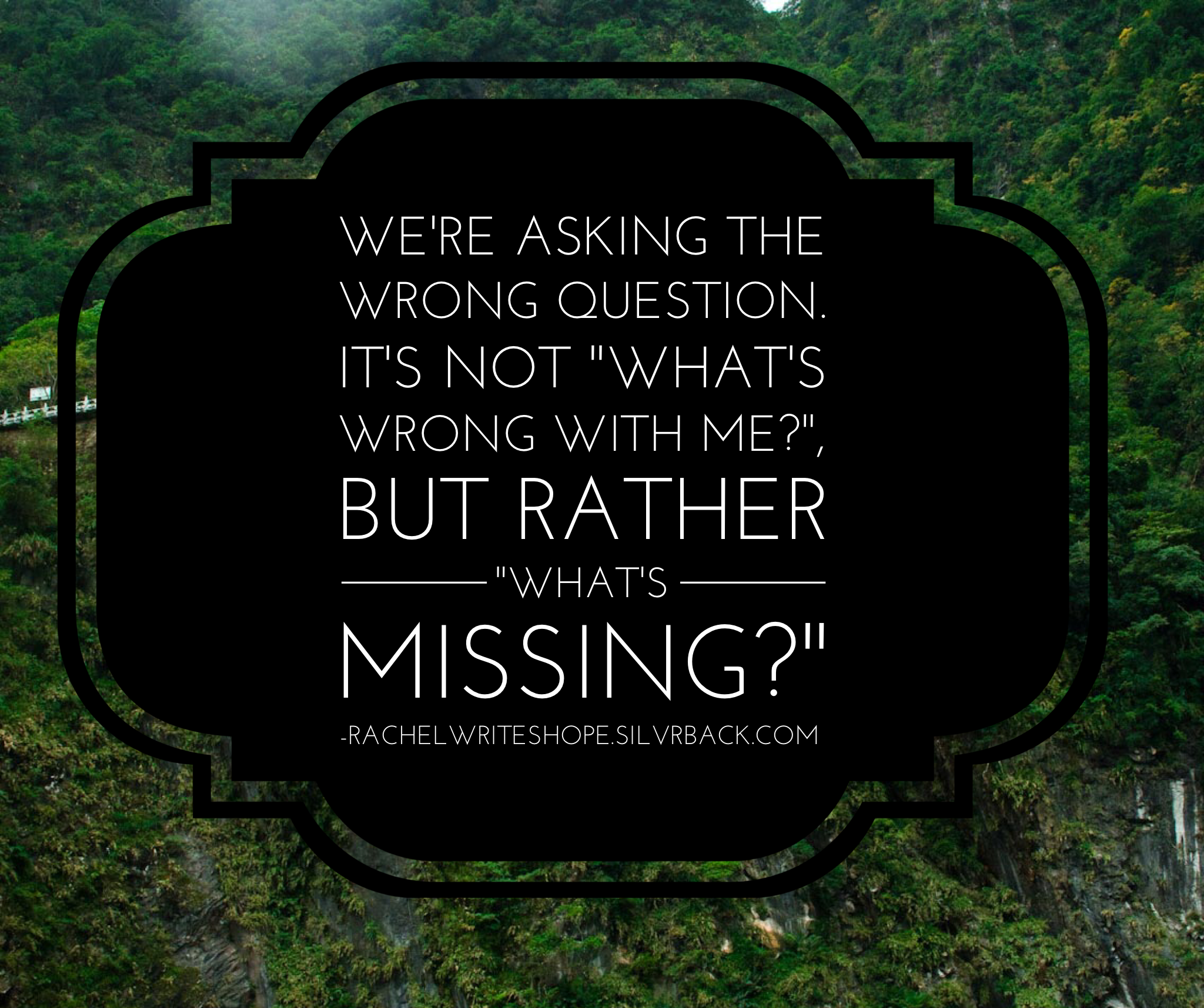 I was listening to Graham Cooke and he said, "Jesus took away everything that was wrong, so when the Father looks at you, He doesn't see what's wrong. He just sees what's missing from your relationship with Him, and He's totally committed to giving you that encounter and that experience."

That totally reframed my thinking: He doesn't see what's wrong, He sees what's missing. When the Father thinks of us, it's not with condemnation.

The Father isn't thinking, "Why can't they just get it together? What's wrong with them?"

No, not at all. Even in the midst of our messes, He's not asking us to "get it together."

He's loving us to Himself, giving us the very encounters and experiences that we need to understand more of who He is.

There is nothing "wrong" with you.

The Lord says we are His masterpieces in Ephesians 2:10!

Instead, let's being to ask the Father, "What's missing?"

As we continue these 31 days, I'm praying that He reveals what is missing so we can be whole in Him!

Connect with the rest of my Write 31 Days series.